Facility Planning: How to Decide if a Butler Pre-Engineered Solution is Right for YOU!

Planning for a structure can take a facility manager in a number of directions; selecting a pre-engineered building is a great choice.  As one of the leading advocates for Butler Manufacturing’s pre-engineered products in the country, EDiS Building Systems has developed an expertise to “cut to the chase” to help building owners, facility managers, and designers quickly understand the best reasons to examine this cost-effective method for building superstructures and envelopes.  We can do this in our capacity as either a design/builder or as a construction manager.

Of course, we are advocates of raising human resource productivity as a priority when examining a new facility, we can’t ignore the implication of “first cost”.  This is often the investment that requires equity and agreement from shareholders.

Put simply, pre-engineered metal buildings are lighter, and less steel results in lower costs. PEMBs are designed to give the client “steel where it’s needed and not where it’s not needed”. Mill steel sections are the same weight across their entire span even in areas that don’t require the added strength. Pre-engineered building framing sections are designed to address the design loads across the span optimally.

Where costs can be influenced:  Look for buildings with long spans or complicated buildings where there are critical advantages to a combination of mill steel and pre-engineered components.  The latter is often overlooked, but Butler is the one manufacturer capable of this possibility.

Added benefits:  This “off the shelf” approach lowers change orders. 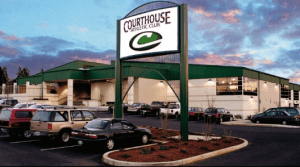 2.  To advance your schedule:  With respect to beating the critical path, few structural options can compete like pre-engineered buildings.

Rather than, as the use of mill steel often requires, wait for architecture to be completed, a pre-engineered building can be designed and ordered before the building architecture is complete.  Mill steel can accomplish this task, but often at a premium.  Butler Manufacturing has the ability to source engineering and manufacturing to locations that are centered around the project.

In the field, because of their simple designs, pre-engineered buildings gets delivered and erected more quickly, setting the tone of the project. There are few things that move other preceding and succeeding contractors than when the structure and envelope are pushing them.

How to influence schedule:  Having a decision-making process whereby locations of exterior openings, loads for rooftop equipment and the “grid” of a building can be established early allows for the structural framing to dictate the architecture, without losing aesthetic appeal.

3. To lower your costs: EDiS constantly searches for opportunities to lower your maintenance and operating costs while improving the productivity of your human resources.

Here are two examples of how pre-engineered buildings, specifically Butler Buildings, can do that:

a.  Eliminate roof leaks:  In partnership with Butler Manufacturing, we have discovered a roofing system that can be leak-free….yes….leak-free.  It’s called the MR-24.  With over 2 billion square feet installed worldwide, it lives up to the claim.  MR-24 is a metal roof that is installed over purlins or joists.  It can’t be used on conventional steel, so it doesn’t work everywhere.  But when combined with a pre-engineered building, it is a powerful way to reduce costs and annoying disturbances to your production from rain and snow.

b.  Keep the energy meter from spinning:  It’s simpler to lower your energy costs in a pre-engineered building because, since the designs have been repeated and tested and tested again, the opportunities for energy loss have been worked out.  For EDiS, our suite of pre-engineered Butler products can lower operating costs by 40%. For instance, take a look at three areas where energy typically escapes:

i.  The exterior wall:  In addition to the option to drape the exterior with insulation, Butler has created an elegant approach to sandwiching insulation within panels.

ii.  The roof:  Like the walls, Butler’s MR-24 can radically reduce energy loss with an elegant sandwich of panels to hide the insulation (or expose it to lower “first cost”).

iii.  Lights:  Why use your electric lights when you can steal sunlight?  Gone are the days of archaic systems.  Butler’s Sunlite Strip and RetroLite have paved the way for “borrowed light”.

There is a myriad of structural options available to every designer.  It’s nice to know that, when applicable, the pre-engineered option can reduce the initial investment, accelerate the schedule and minimize maintenance and operations.