So You Think You Have a Butler Building

So You Think You Have a Butler Building

Just like Levi’s® is the brand leader in denim, Butler is the brand leader in the pre-engineered metal building industry. The company built its first rounded roof car garage in 1910, and it developed and erected its first rigid frame building in 1939. Although most of these early twentieth century structures are no longer standing, some Butler Buildings from the 1940s and early 1950s are still in use today. To help you identify your Butler Building, we have categorized them into four time periods. 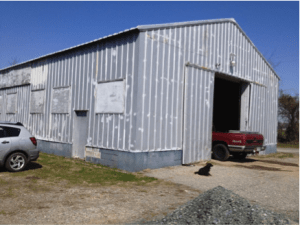 The WWII Quonset type metal building was phased out in the late 1940s and, at that time, Butler was actively producing its rigid frame buildings and used the Butler BRI panel until 1959, after which the Butlerib panel was introduced. Also, the M-36 Panel-Frame panel was introduced for Butler Buildings in the mid-1950s. All three of these panels were single-skin screw-down panels. The BRI panel can be identified by the type of fastener used during installation. A screw and nut were used to attach the panel to the roof or wall structure since self-drilling screws were not in widespread use until the late 1960s. Additionally, most BRI panels were supplied in a galvanized finish as seen in the photo to the right. The Butler F103 panel was introduced to the market in 1962. This panel style was one of the first foam-insulated panels with an outer and inner metal panel. This style of panel is often referred to as a sandwich panel. All of these panels are now obsolete.

In 1969, Butler introduced two standing seam metal roof systems, the MR-24 Roof System and the Butlerib II Roof / Butlerib II Wall System. They have been the most requested Butler Building systems over the past 50 years. If you have a Butler Building, you likely have one or both of these panel systems on your building.

Additionally, during this time period, Butler introduced many new roof and wall panels, detailed below. Products that are no longer available are denoted with an asterisk (*). 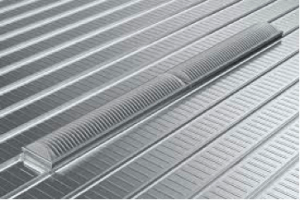 In 2012, Butler adopted a new engineering and design system, which has had a major impact on the buildings’ primary structural, secondary structural, and bracing design. The standard 8” and 9 and 1/2” girts and purlins have been discontinued. The 9” and 12” overhead door frames have been discontinued, as well. These secondary structures are now only available as replacement parts. They are manufactured in 0.113″-thick material and come with no factory punching. The current girt and purlin sizes are 7”, 8 and 1/2”, 10”, and 11 and 1/2”. Overhead door framing is now provided in the same width as the wall girts.

Since Generation 3, no new wall or roof panel systems have been added; however, the new Sunlite Strip daylighting system for MR-24 roofs was introduced in 2012.

For many years, Butler has had an excellent reputation for designing and producing high-quality products that last. Designed and manufactured Butler replacement parts, roof panels, wall panels, and sealants can only be purchased through an authorized Butler Builder distributor.

Contact us if you have any questions or if you need a quote. We look forward to helping you with your project.